The History of the Rollercoaster: How did it all begin?

Your heart pounding through your chest as you slowly reach the top of a drop, the insane ‘rollercoaster’ face you pull as your woosh through the air, and the sheer adrenaline flowing through your body as you step off the ride. Everyone knows what a rollercoaster is today, but how did it start, and was it the same thing a decade ago? We explore the history of the rollercoaster from its early developments right through to what it is today. 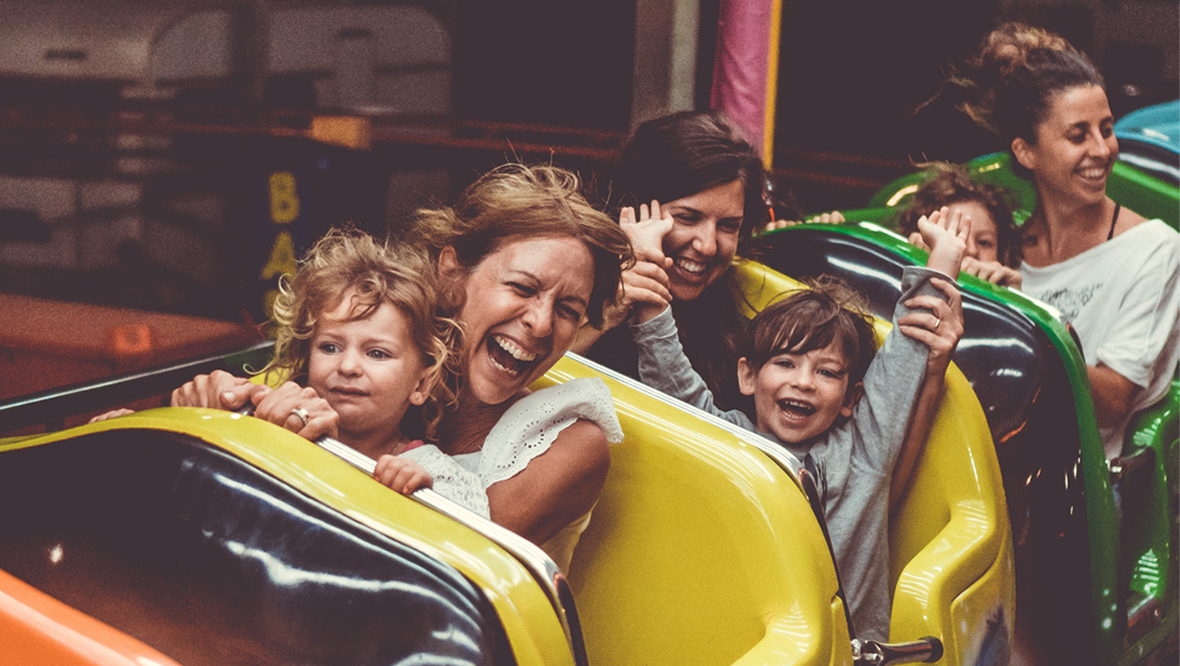 Early 18th Century – The earliest rollercoasters cascaded down from the cold Russian Mountains and were hills made up of snow and ice. You could find these slides in the palace gardens around the capitals, and they were very popular with the Russian upper-class people. The Empress of Russia, Catherine the Great, loved the rides so much, she even had one built on her own property!

1812 – The first rollercoaster with wheels was built in Paris. It was called ‘Les Montagnes Russes a Belleville’ which literally means ‘The Russian Mountains of Belleville’ giving a nod to where the rollercoaster first started. The addition of wheels was a complete game-changer for the ride. It meant that the carts could follow a track, and as a result run at much higher speeds! Great news, for all the thrill-seekers at the time.

1845 – The amusement park, Tivoli Gardens, opened in the Danish city of Copenhagen. The park was a hit with the middle class and had a large wooden rollercoaster called Rutschebanen. But the ride wasn’t as you’d picture it today… it was controlled by an operator who would sit on each loop and hit the brakes as it glided down the hills.

1855 – Next up, the first complete-circuit rollercoaster with a lift hill was welcomed into the world. Designed by inventor Philip Hinkle, the lift hill mechanically lifted up the carriages to the highest point on the track. This made the journey to those spectacular drops pretty seamless!

1895 – In 1895, the vertical rollercoaster loop came into play. The Flip Flap Railway at Sea Lion Park in Brooklyn was the first to have this exhilarating feature. Thrill-seekers loved it, and the ride definitely paved the way for more daring rollercoasters to follow.

1919 – John Miller, known as the ‘father of modern high-speed rollercoasters’, designed the first under friction rollercoaster in 1919. The new invention meant that the carts locked to the track helping them turn sharp angles, and reach even faster speeds. In fact, under friction wheels were so good, you can still find them on most rollercoasters today, even the ones at Oakwood Theme Park!

1959 – In 1959, tubular steel was introduced to the rollercoaster world. It might not sound very cool, but the new material was a complete game-changer for rollercoaster design. The strong metal could be bent in any direction creating loops, corkscrews, and other thrilling tracks.

1966 – The first rollercoaster to have an underwater tunnel was revealed at the theme park Six Flags Over Texas. Impressive, right?

1987 – Oakwood Theme Park opened in Wales by a family of Pembrokeshire farmland owners. It took a year to research and create, but it was the start of something pretty special. Today it stands as the biggest theme park in Wales.

1989 – In 1989, Treetops opened at Oakwood. Offering fantastic views across the welsh woodlands, the rollercoaster’s popularity came as no surprise!

1996 – Megafobia, a timeless wooden rollercoaster was delivered from America to Oakwood Theme Park in 1996. Although it cost a whopping 1.7 million pounds to build, the new ride attracted 500,000 visitors for the first time!

Fast forward to Oakwood today, and our rollercoasters are still raring to go, bringing the crowds all the thrills they can get. From Megafobia to The Creepy Crawler, there’s something for everyone for a day packed full of fun.

Have you got what it takes to brave Oakwood Theme Park?

Get your tickets now!