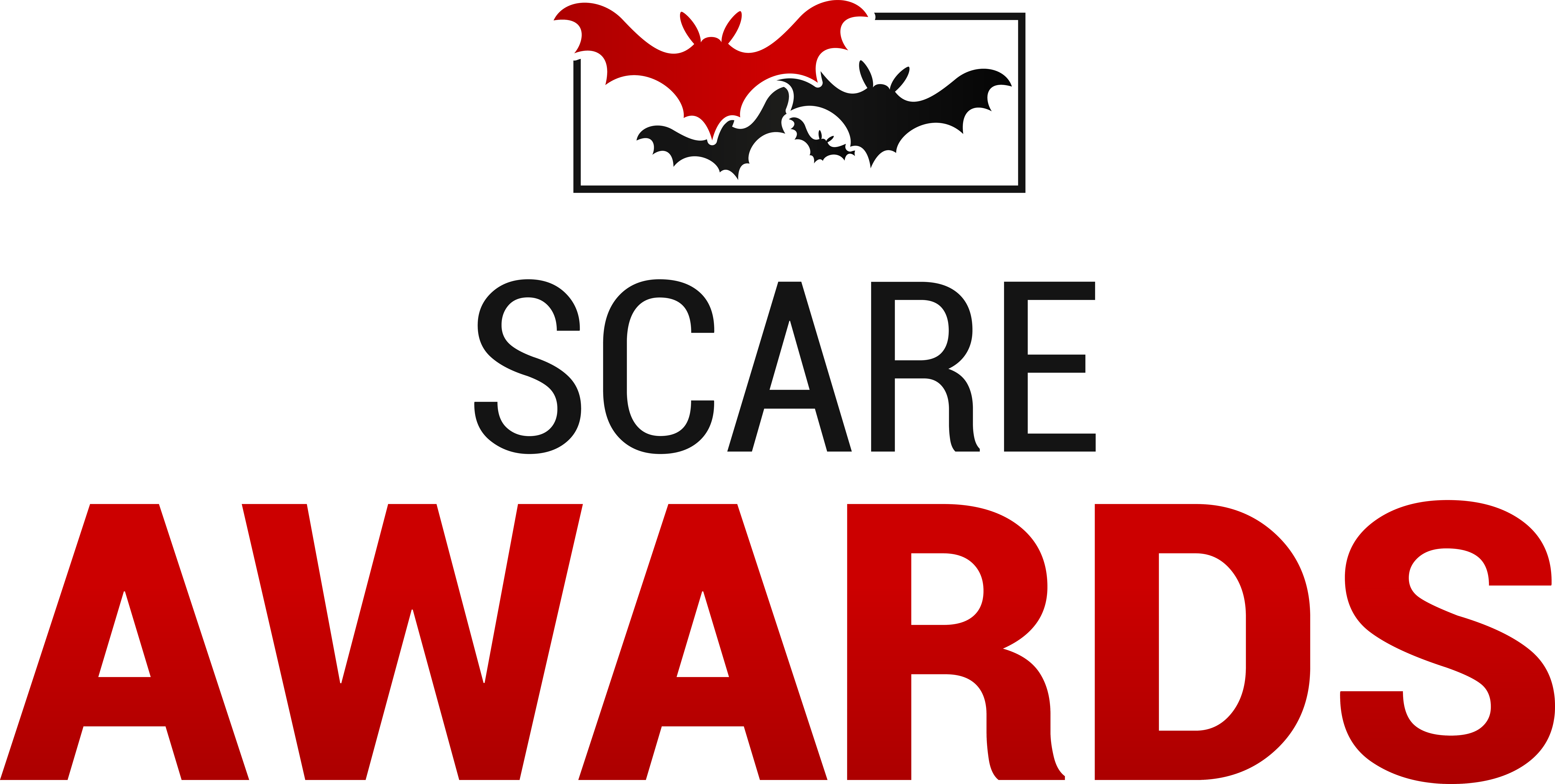 We are thrilled to announce that Oakwood’s Spooktacular event has made the shortlist for one of the top awards in the horror thrill seeking business, after impressing industry experts. Nominated for ‘Best Theme Park Event’ at this year’s iconic Scare Awards, it celebrates the very best in the scare industry.

Watch The 2020 Nomination Announcements on the ScareCON Facebook HERE!

Spooktacular was first introduced at Oakwood Theme Park in 2013 and has been growing in popularity and size ever since. The return in 2019 of firm favourites “Witch Hunt” and “Hide.Run.” which was revamped adding new levels to the already frightful maze. NEW in 2019 was “Clowning Around” – The circus was in town luring you into a world of fun but don’t let them catch you Clowning Around, especially when the clowns are as sinister and as hungry as ours….! The event is held over 9 days, including two late night openings; Spooktacular Bites Back! Hard core thrill seekers can really get their hearts racing, enjoying rides and attractions in the dark, with the fear factor revved up a notch or two. This is not for the faint hearted!!

Take a look at our 2019 promotional video HERE!

Now in their twelfth year, the annual Scare Awards, hosted by ScareCON, recognises the top attractions in the scream industry from across the UK and Europe. A total of 15 award categories up for grabs. Oakwood has been recognised among other top UK attractions including Thorpe Park, Alton Towers and Chessington.

Phil Verbinnen, Park Director at Oakwood said: “It’s amazing to be shortlisted for a Scar Award for the second consecutive year. Spooktacular is one of the highlights in the Oakwood calendar. Having spent many months designing and perfecting the different attractions its great to see our hard work and innovations recognised by industry experts.

We are up against some very good and well-established attractions for the award so the competition will be extremely tough. We are excited to have Spooktacular at Oakwood recognised alongside those other names. The feedback we have received from the event has been extremely positive, growing in popularity each year. We are immensely proud of what we have achieved and look forward to continuing with some jaw dropping attractions in the future.”

Oakwood’s Spooktacular event will be up against five other scare attractions from all over Europe: Portaventura Halloween, Thorpe Park Fright Nights, Alton Towers Screamfest, Halloween Nights at Walibi Holland and Chessington Howl’o’ween. All categories will be judged by the ScareCON and ScareTOUR review team, who have spent the last year visiting attractions from across the UK and Europe to shortlist the finest offerings for the 2020 awards.

View The List Of Nominations For All Categories HERE!

The nominees will be scored upon requirements specific to their category, as well as the judging panel’s own visits and customer reviews and feedback.
The Scare Awards are part of ScareCON 2020. Sadly due to the current COVID-19 pandemic that is shattering the globe, it has been announced that Scare Awards will be postponed until May 2021.

Spooktacular is set to return to Oakwood Theme Park from Saturday 17th October – keep up to date on our social media and website here!