A seven-year-old boy from the south Wales valleys has won the exciting opportunity to name a ride at Wales’ largest theme park.

Jett Thomas, from Blackwood, Caerphilly, has been selected by Oakwood Theme Park as the winner of a Wales-wide competition to name three of the planes on its popular aerodrome ride.
The Pembrokeshire-based park was looking for inspiration for the attraction, which features eight rotating planes themed around Croydon Aerodrome – London’s biggest airport at the time of the Peter Pan story. 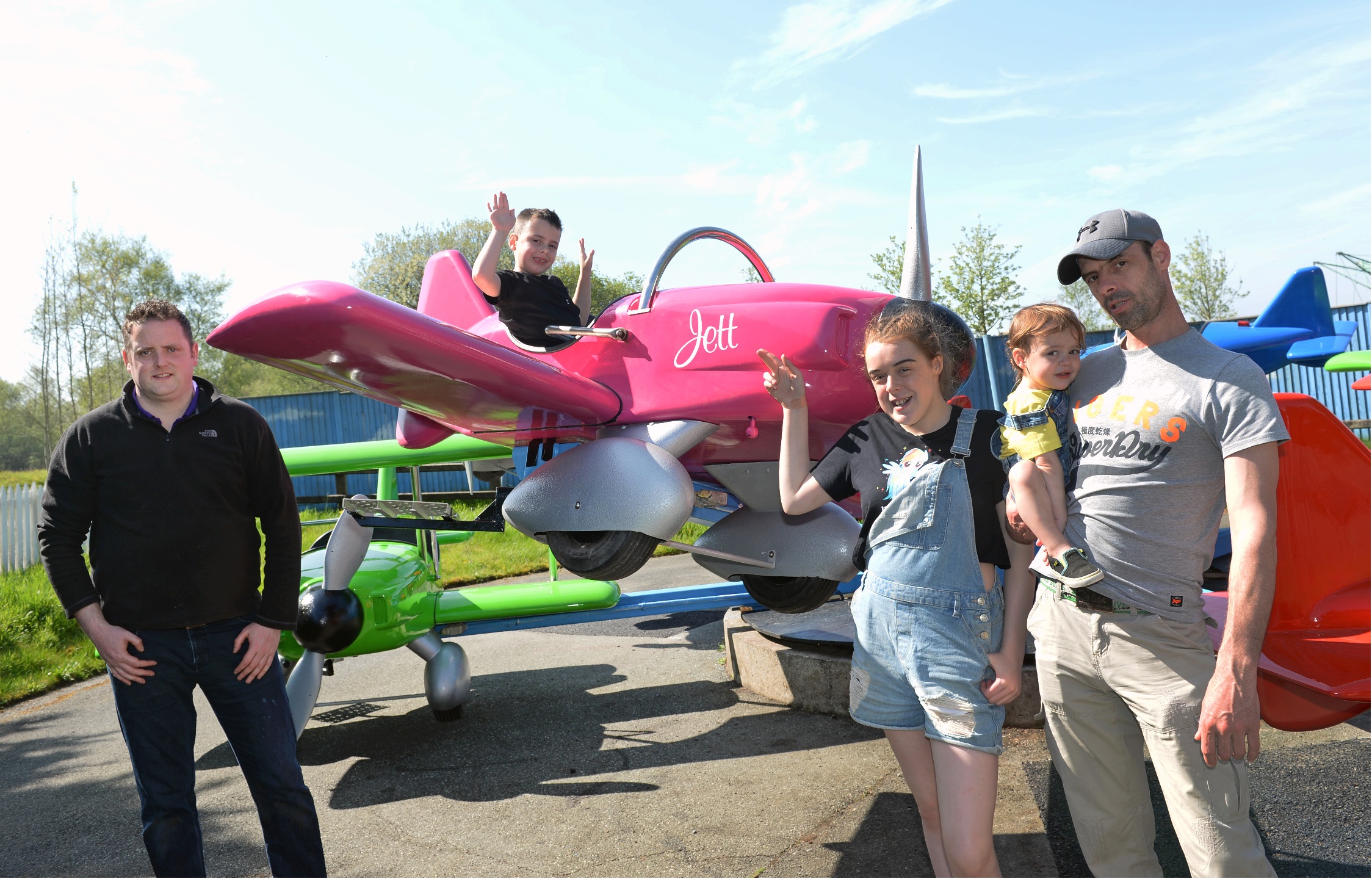 With five of the eight planes already named after individuals with connections to the park, Oakwood sought the help of the public to name the remaining three.
Feeling that his birth name was perfect for a jet-themed ride, Jett decide to name the planes after himself and his two siblings, Lexy, 15, and Bodhi, 2.
Jett’s mother, Jessica Thomas, said: “Jett was super excited to enter the competition as soon as he saw it online as he thought his name would be ideal for a plane. And, as we often struggle to find items with our children’s names on them, due to them being quite unusual, Jett also wanted to do something for his sisters so decided to name the other two after them. All of the children are extremely excited to have their names appear on a ride at Oakwood.” 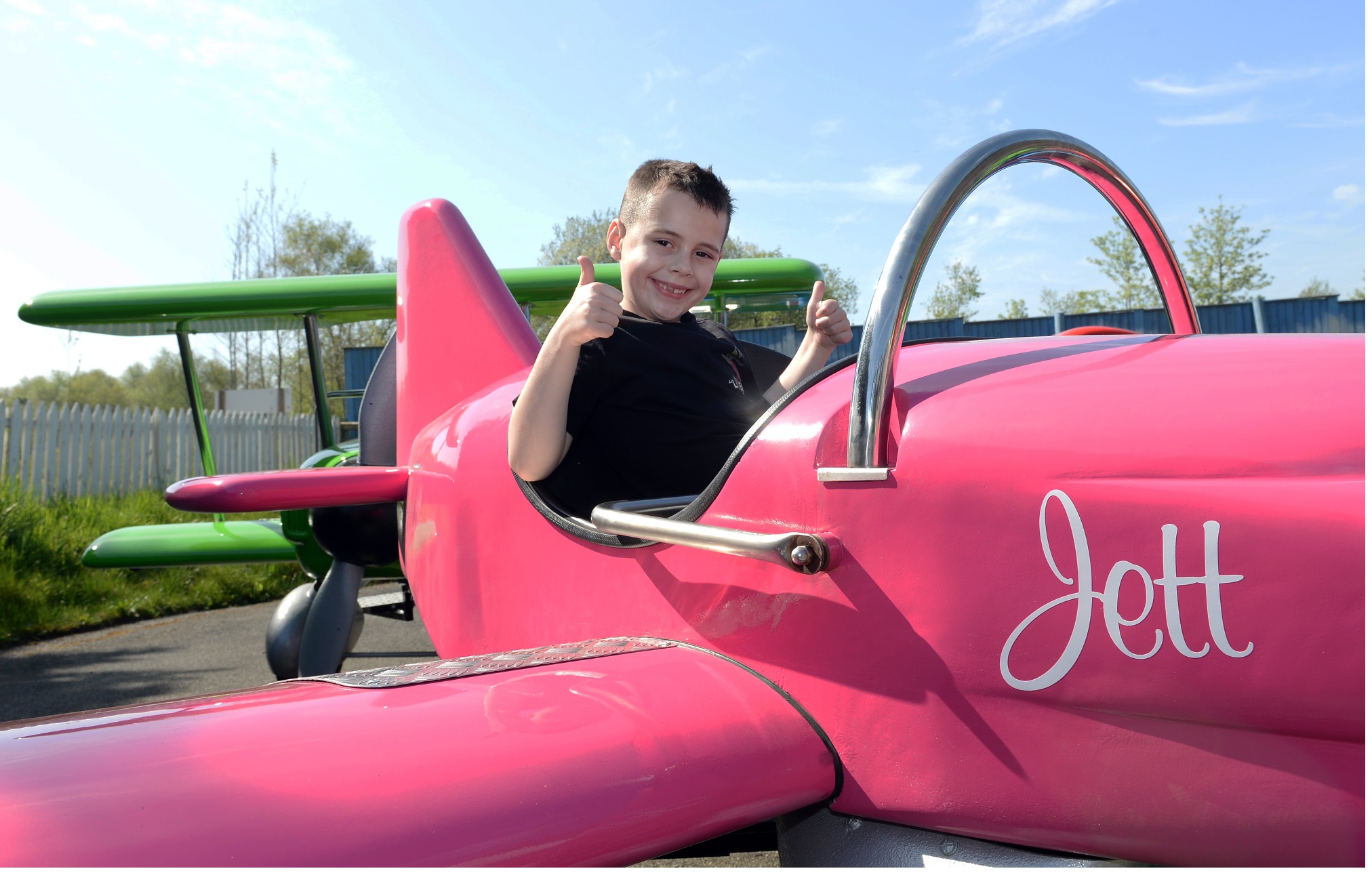 The remaining planes have been named after Oakwood’s three young Directors of Fun, Faith Dee McDermot, Idris Battelley-de-Torres and Levi Hubbard, who were all appointed last year to help the park ensure that it is offering the best possible experience for its younger visitors. Juan Carlos, president of Oakwood’s parent company Aspro, and Mark Lewis, one of Oakwood’s biggest fans who holds the record for the most rollercoaster rides in one day after spending 12 hours on Megafobia, have also been honoured.

After winning the competition, Jett and his family were invited to Oakwood to see their personalised planes in action and to enjoy a day out at the park.
Speaking about the trip, Jessica added: “When we found out that Jett had won, he couldn’t wait to see the planes. We couldn’t get Jett off the ride and we’ll definitely be visiting the park often in the future so that the kids can see their namesakes.”

Oakwood theme park, which first opened over thirty years ago, hosts a variety of attractions including four large thrill rides, as well as several child friendly coasters and fairground rides suitable for the whole family.

Established in 1987, Oakwood Theme Park is Wales’ biggest theme park with a range of rides, both big and small, and themed attractions catering to all ages.
Located in the heard of Pembrokeshire, the family park has five large thrill rides, including Megafobia, a popular wooden rollercoaster voted among the best in Europe by enthusiasts.
The park also has a number of child friendly rollercoasters and fairground rides.
For more information please visit: https://www.oakwoodthemepark.co.uk 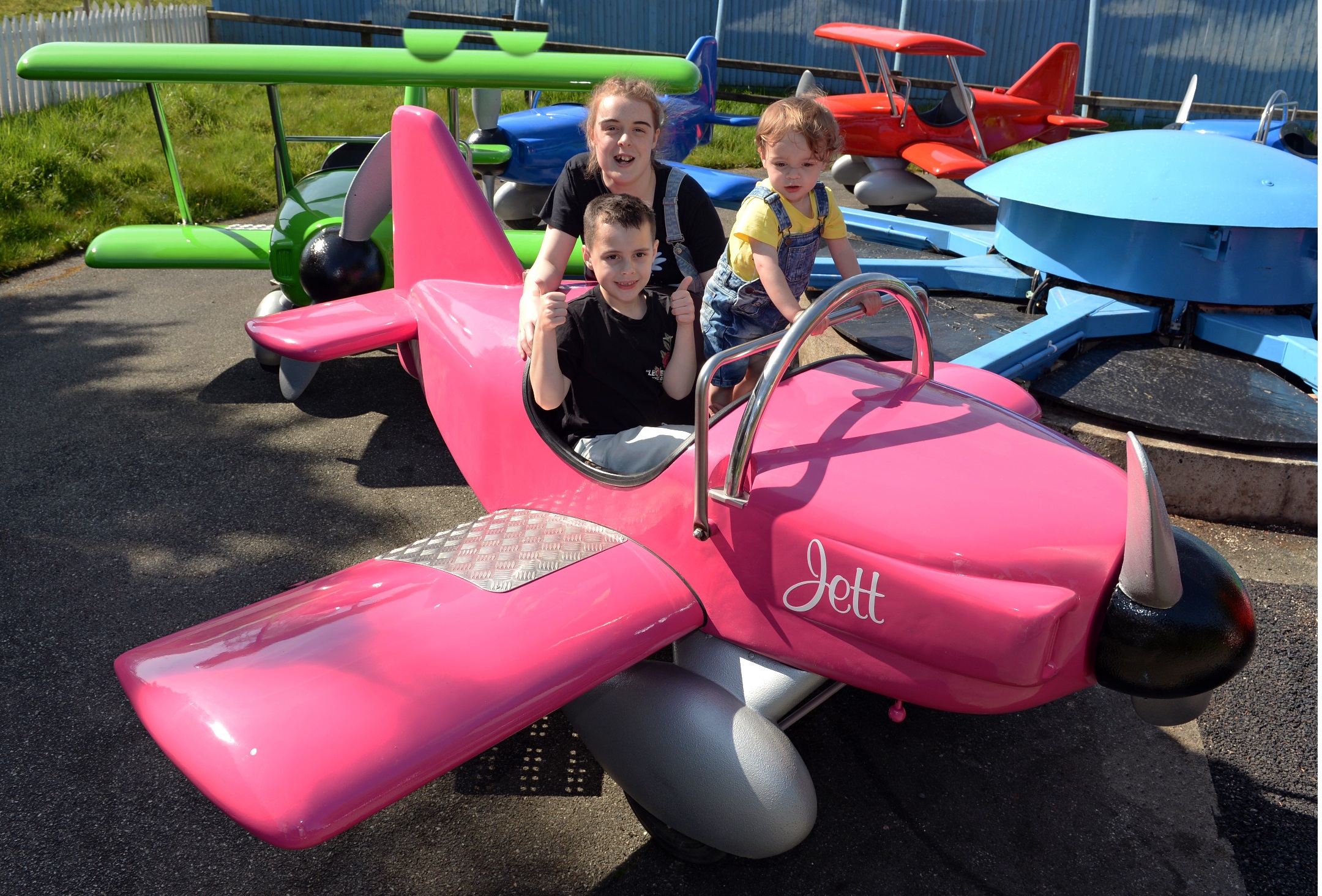